Call it what you like, give it any label that feels right. What it comes down to is this – It’s fake. One big, fat, juicy lie.

Let’s face it, fake is fun. Last week I explained how the setting was my inspiration for APPLE OF MY EYE. If I took that same inspiration and tried to put it into non-fiction, I’d put you to sleep. I’m sure that there are plenty of stories worth telling from the area, but my personal account is not one of them. Wonderful as it may have been for me, I could only make it appeal to you with serious embellishments. Even that might not help.

So rather than create pages of boredom to fulfil my desire of writing a book that features a town from my past, I produced pages of lies. The thing is, for those lies – fiction – to be good, they have to feel real even though there is no doubt that they’re not.

There are plenty of ways to create realism without stepping out of the bounds of fiction and I have used several techniques to accomplish this, but I also chose to bring life to the story by including details that are very real. What are those?

The water tower.  From the end of chapter 1:

I nod and force my mind to focus. My name is Laurie Brandon. I’m a second grade teacher. I’m in Jackson, Ohio at the Apple Festival. My hometown. I glance at the surface of the street where the booth sits, the brick street confirming my location. A few blocks away, lights illuminate the water tower hovering over the town, painted red to resemble an apple and embellished in a green leaf with a pipe protruding from the top as the stem.

The streets. In some areas, Jackson has maintained beautiful brick surfaces that give town a warm, homey feel.

A fog settles in my head, sprinkling over my mind like chalk dust. I find myself gasping, my heart racing faster and harder. This symptom is new. I blink, trying to focus on the brick surface of the street but it’s a blur. The dust is growing thicker, an eraser materializing, brushing over my mind and randomly choosing which memories to wipe away. 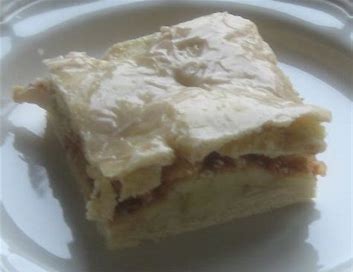 Apple Pie Bars. Okay, they only get brief mention in the book but these things are scrumptious! (Note to self – share recipe in future post!)

“Rochelle Denison,” she tells him. “Laurie’s mother, Paula, is my dearest friend.”

“When did you get here?”

“Just before Laurie. She came in and starting setting up.” Rochelle tips her head. “Well, the booth was set up from the previous worker, but Laurie had several containers she was unpacking. I was sure they were Paula’s pies. She always bakes for the festival. If you’re going to buy a pie, you must have one of Paula’s. Oh…they’re to die for. And her frosted apple bars…”

Nearby locations. Though there are few mentions, references to a neighboring towns represent actual locations.

I look back at Laurie again. There is no way that doll just happened to be stuffed in her purse. It wouldn’t upset her if that was the case. A snatched baby would.

Tilton turns to Rochelle. “You wouldn’t know who Laurie might leave the child with, do you? A babysitter?”

The woman shrugs. “Paula watches her while Laurie is at work. She drives a half hour each way from Gallipolis every day to watch that sweet baby. She’s her only grandchild and she loves that little one to pieces.” Her eyes crease in sympathy, tears forming within.

The festival itself, of course! Specifics of the festival are a combination of reality and imagination, but the event itself is very much real.